For decades and centuries Jews and gentiles lived side by side in the villages and cities of Central Germany. Their relations were characterized by medieval pogroms and marginalization, but also by long periods of peaceful and beneficial community life. In an exemplary way, Ulli Wendelmann’s and Denis Kliewer’s impressive documentary examines the sequence and the impact of the “Reichspogromnacht” in East Germany. Because it wasn’t just one night: in many places the rampage, the mob, the terror lasted for more than a week. Who were the perpetrators and victims, who was a helper, who a spectator on site? How did the “Reichspogromnacht” proceed in the villages and in small towns like Themar? Even in places with only a single Jewish shop or a small fabric or shoe store hitherto neighbours were chased and their houses and flats were plundered. It wasn’t only in Leipzig, Dresden and Erfurt that synagogues were set on fire. The last surviving Jewish eyewitnesses, their children and grandchildren tell about the impact the 9th of October 1938 had on their families. To date completely unknown pictures, documents and touching filmstrips illustrate the events. 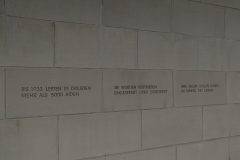