Detained and forgotten? Psychiatry in the GDR

“I tried to reach the evening every day, but that was all I could do.” This is how Lothar Tiedtke summarizes his experiences in the psychiatric hospital in Stralsund at the beginning of the 1980s. Everyday life in the ward was characterized by catastrophic material conditions, high doses of medication, coercion and violence.

Chris Timmler, who spent ten years in psychiatric institutions in the GDR, was forced to have an abortion because her child was allegedly going to be born schizophrenic. The Leipzig native “kept her head above water” by working as a ward assistant and cleaning lady in the clinic. The use of patients, often glorified as work therapy, was essential to maintain operations in many facilities.

Already at the beginning of the 1960s dedicated doctors were trying to reform psychiatry in the GDR. The “Rodewischer Theses” in 1963 called for active therapy instead of custody and for an opening of the closed specialist clinics. But the ideas remained on paper. Further attempts to treat patients as equals and to improve the rehabilitation and integration of people suffering from mental illness failed in the 1970s and 1980s. A lack of resources, the distrust of the state authorities, but also the resistance of chief physicians who feared for the loss of privileges prevented a “democratization” of psychiatry. For many SED functionaries, depression, suicide or alcohol addiction should not have existed in socialist Germany.

As in all medical fields, the psychiatric institutions of the GDR had to contend with massive staff shortages after the founding of the state. Thousands of doctors left the country by the time even before the Wall was built. Despite the euthanasia crimes committed during the Third Reich, many clinic directors also in the GDR returned to their old posts. The assumption that there was political psychiatry in the GDR based on the Soviet model is decisively contradicted by a study from 1994. However, the number of psychiatrists who were informal collaborators of the state security was more than twice as high as in other medical professions.

Lothar Tiedtke’s incarceration in psychiatry, which for him was also politically motivated, completely threw him off course. To this day, the trained shipbuilder fights in vain for his rehabilitation. After ten years, Chris Timmler returned to freedom in 1989. Her diagnosis, schizophrenia, has been proven to be groundless.

The film traces the traumatic experiences of Lothar Tiedtke and Chris Timmler in the GDR psychiatric hospital. It sheds light on the often inhumane material conditions of psychiatric care in the GDR and on questionable therapies. 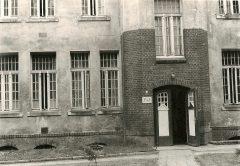 Psychiatry in the GDR